Does Your Daughter Suffer From Antisocial Personality Disorder? Clearview Girls Academy Can Help 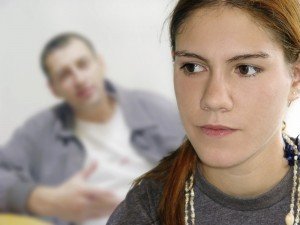 Antisocial Personality Disorder (ASPD) is a mental health condition that features a long-term pattern of manipulating, exploiting, or violating the rights of others.  Your daughter might act clever and charming one day, and the next be irate, bad-tempered, aggressive or arrogant, all while stealing, lying and maybe not even showing any remorse for what she’s done.

Have you watched her be a master of flattery and control of others’ emotions?

Does she show complete indifference for the safety of herself, or others?

Might she even be abusing drugs or otherwise breaking the law, possibly stealing, bullying, being cruel to animals, or a vandal?

While only some 1% of the female population is identified as having Antisocial Personality Disorder, up to 90% of the incarcerated population is determined to have it (though there is not universal agreement whether that is the product of genetic or environment factors).

ASPD is only diagnosed in persons over age 18, who began to exhibit three or more symptoms by age 15. 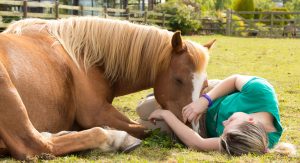 Antisocial Personality Disorder is among the most complex personality disorders to deal with.  Those suffering with ASPD hardly ever seek help on their own, and might agree to therapy only after being forced to (such as with a court order). There is no universally recognized effective treatment for Antisocial Personality Disorder.   Treatment that demonstrates the damaging consequences of illegal and unsuitable behavior seems to show the most promise. Some studies have shown contingency management systems or reward systems to be effective at least to some extent in shifting behavior to a more acceptable norm (not to be confused with teens not responding to typical parental punishment and reward).

In addition, medication for frequently associated symptoms, such as depression and anxiety, can often help.

We know that the last thing you want is for ASPD to control your daughter’s life! 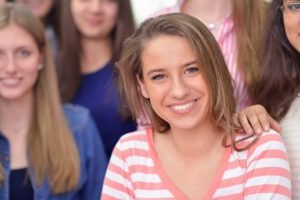 Clearview Girls Academy specializes in treating girls ages 13-21 who exhibit inappropriate behaviors like Antisocial Personality Disorder. With our interdisciplinary team of psychotherapists, psychiatric specialists, licensed teachers and mentors, we’ll help your daughter solve the very difficult issues she faces, and start on a new and more productive path in her life.

We will create an individualized treatment plan specifically for her unique medical, emotional, and psychological needs. The Clearview school for troubled girls program is very personable and relational, but highly structured, emphasizing a nutritionally balanced diet, physical activities and outdoor events, and forged to educate your daughter in a healthy lifestyle.

Clearview Girls Academy therapeutic boarding school is housed in a secure mountainside lodge in Montana, where our teen counseling and therapy sessions are chosen for troubled girls who need to make better choices as well as work on developing strong interpersonal and academic skills.  Our program is created to help your daughter find the strength to overcome Antisocial Personality Disorder, enabling her to live the rest of her life as a successful and healthy woman.