After 25 years treating teens, Mary Thielbahr, Founder and Director of Clearview Girl’s Academy, provides the following key findings in regard to marijuana use among teens today.

#1 Marijuana damages the brains of babies, children, teens and young adults up to the age of 24 years old.

#2 Marijuana affects teenage brains significantly and changes the teen’s personality within the first months of use. The damaged brain remains in need of rewiring, and cannot change without a focused, long-term transformation process.

“At Clearview Therapeutic and Residential Treatment Center for Girls, we help her build new neuron pathways in the brain. This involves practicing new habits over a longer period of time, rather than the typical short-term treatment approach. We specialize in Dialectic Behavioral Therapy, Cognitive Therapy, EMDR, Reality Therapy and Trauma Therapy. And stopping the use of poisonous marijuana remains central to her healing.”

Credentialed teacher in the state of California

Credentialed special education teacher in the state of California

Remedial reading specialist in the state of California 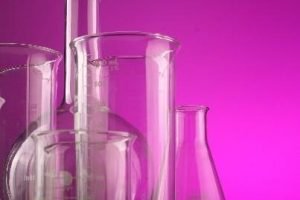 “Today’s marijuana is not like the ‘60’s version. Scientific changes made to the plant now produce an extremely powerful substance, offered to society as a panacea that helps adults, 26 years of age and above, deal with life issues and pain. But marijuana damages the developing brain of any user under that age of 24, and changes the user’s personality within the first months of use,” reports Mary Thielbahr, MA.

According to a government study, “The amount of THC in marijuana has increased over the past few decades. In the early 1990s, the average THC content in marijuana was less than 4 percent. It is now about 15 percent and much higher in some products such as oils and other extracts.”

“As it enters the brain, THC attaches to cells, or neurons, with specific kinds of receptors called cannabinoid receptors. Normally, these receptors are activated by chemicals similar to THC that occur naturally in the body. They are part of a communication network in the brain called the endocannabinoid system. This system is important in normal brain development and function.”  https://teens.drugabuse.gov/drug-facts/marijuana#topic-7

Parents who want to prevent their child from marijuana addiction need to talk about the risk with the son or daughter, especially when family history indicates a genetic open door to addiction.

WebMD outlines the risk of addiction, “About 1 in 10 people who use pot will become addicted. That means you can’t stop using it even if it harms your relationships, job, health, or finances. The risk is greater the younger you start marijuana and the more heavily you use it. For instance, the odds of addiction are 1 in 6 if you use pot in your teens. It might be as high as 1 in 2 among those who use it every day.”

“You could also grow physically dependent on marijuana. Your body could go into withdrawal, leaving you irritable, restless, unable to sleep, and uninterested in eating,” the article on WebMD adds. https://www.webmd.com/mental-health/addiction/marijuana-use-and-its-effects#1 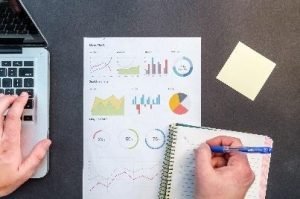 “Marijuana use produces behavior changes in teens, causing agitation, meanness, and depression, which leads to suicidal thoughts and actions.,” Thielbahr reports. “Teen girls who use ‘pot’ have socialization issues. Often, they begin to harm themselves, cutting, bruising, beating, or attempting suicide. They may even tell others about their harmful actions and promote it on social media.”

The legalization of marijuana in Colorado, California, Maine, Massachusetts, Michigan, Nevada, Oregon, Vermont, and Washington gives adolescents easier access to ‘pot’, even though only people age 21+ can purchase it legally. And with society’s acceptance of medical marijuana use, even the US Surgeon General worries that, “The legalization movement may be impacting youth’s perception of harm from marijuana.”

A recently published article, “A Systematic Review of Adolescent Cannabis Use,” cites the impact of marijuana use on suicides among teens. “Among cannabis users, adolescents were found to be most at risk for suicidal behavior. Our comprehensive examination of the literature suggests that cannabis is an independent predictor of suicide, with the frequency of use being associated with increased suicide attempts.”

The article adds, “Adolescents continue to have the highest suicide rates of any segment of the population. The incidence of suicide in this group is estimated at 16.8% of all deaths in the age group 10 to 24. (Death rates due to suicide in adolescence are eclipsed only by motor vehicle accident fatalities.) A consistent theory behind the elevation of suicide in this group is the impulsivity associated with prolonged myelination processes. Many argue that the process of neuromaturation and brain development is not complete until age 25, with the final stages of synaptic pruning, at which time impulsivity might be reduced. This lack of maturation, with poor impulse control, might lead to increases in suicide among adolescents.”

US Surgeon General Releases Advisory on Marijuana Use during Adolescence

“Marijuana is also commonly used by adolescents, second only to alcohol. In 2017, approximately 9.2 million youth aged 12 to 25 reported marijuana use in the past month and 29% more young adults aged 18-25 started using marijuana. In addition, high school students’ perception of the harm from regular marijuana use has been steadily declining over the last decade. During this same period, a number of states have legalized adult use of marijuana for medicinal or recreational purposes, while it remains illegal under federal law.”

The human brain continues to develop from before birth into the mid-20s and is vulnerable to the effects of addictive substances. Frequent marijuana use during adolescence is associated with:

Changes in the areas of the brain involved in attention, memory, decision-making, and motivation. Deficits in attention and memory have been detected in marijuana-using teens even after a month of abstinence27.

Impaired learning in adolescents. Chronic use is linked to declines in IQ, school performance that jeopardizes professional and social achievements, and life satisfaction28.

Increased rates of school absence and drop-out, as well as suicide attempts29.

Other substance use. In 2017, teens 12-17 reporting frequent use of marijuana showed a 130% greater likelihood of misusing opioids23.

Marijuana’s increasingly widespread availability in multiple and highly potent forms, coupled with a false and dangerous perception of safety among youth, merits a nationwide call to action. 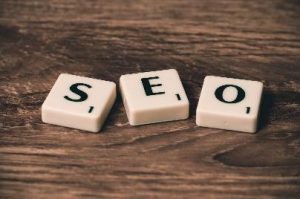 How to Prevent or Stop Marijuana Use in Teens

“Parents usually trust what their son or daughter tells them,” Thielbahr explains, “But when dealing with an immature brain that won’t think like an adult until age 24, parents need to talk with a teen about accountability for their choices and actions.”

Thielbahr then shares how she helped her own children avoid marijuana use. “One effective way to keep a teen accountable about not using marijuana or other drugs is to test him or her once a week. This also helps them save face with peers who encourage them to sample pot or other substances. Give your teen the chance to say, “I can’t do that, my parents will find out!”

Another way that Thielbahr suggests parents can help is to “be aware of your family’s history with addictions, including alcohol. Genetics create an open doorway to addiction, and with awareness of this factor, children and teens must avoid dangerous substances like alcohol, and marijuana. Knowing the potential for addiction, young teens can choose to save their brain, and reject trying marijuana with friends.”

When family genetics tend to turn grandparents, aunts, uncles—even a parent or sibling—into alcoholics and druggies, parents must also share with adolescents about the negative impact this had on family relationships, or other important losses in the family. Young teens may have already noticed something wrong with a relative, and ask a parent why.

“Even though this may be hard to talk about, parents must also let them know how dangerous it can be to marry an alcoholic, or marijuana user,” Thielbahr adds.

Because parents need to intervene with a son or daughter using marijuana, here are some visible signs of use to be aware of in your home:

Visible Signs of Marijuana Use:

“The effects of smoking weed can be both seen and smelled shortly after use. If your teenager comes home with red or bloodshot eyes, that is one of the most telltale indicators they are high on marijuana. Other physical signals include issues with muscle coordination as well as delayed reaction times both physically and mentally. An additional sign is the distinct smell of marijuana, which many compare to a strong, musky odor that is similar to the scent of a skunk.”

“Different strains or types of marijuana have varying effects on the human body that can impact the user’s mind. Key signs of marijuana use in teens are related to their daily attitude, which can include mood swings, laziness, and overall tiredness. They may also appear anxious with an increased heart rate, depending on how their body reacts. These changes can inhibit your child’s ability to focus at school, work, and home.”

Signs of Marijuana use: https://americanaddictioncenters.org/marijuana-rehab/signs-of-marijuana-use-in-teens

Thielbahr urges parents who find evidence of marijuana use by an adolescent in the home address the situation quickly, and talk to their teen about accountability for his or her choices. Teens may not be aware of the damage marijuana does to the developing brain.

And when a teen needs help to stop using marijuana, Thielbahr advises parents to avoid short-term treatment centers. “In order to heal the teen’s brain, we must build new neuron pathways, and this process requires time and practice.” Look for a therapeutic center that guides teens through this long-term method of re-wiring the brain, and offers parents support and instruction. 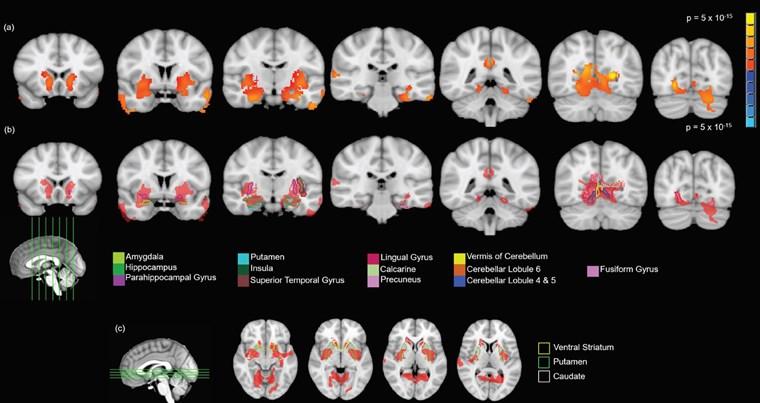 Courtesy of the Journal of Neuroscience

Knowing that families of teen girls caught up in risky activities like marijuana use often need additional therapeutic help, Thielbahr suggests that parents consider the effective program and services offered at Clearview Horizon Therapeutic Boarding school and Residential Treatment Center for Girls in Heron, MT. With over 25 years of experience working with troubled teen girls from across America, the licensed therapists and staff at Clearview Horizon understand how to help girls suffering with emotional problems, attachment issues, learning disabilities, trauma and other personality disorders.

Clearview’s clinical therapists will assess each girl with a history of drug use to determine the nature and extent of her drug or alcohol use. Teen girls in their care receive an individual treatment plan aligned with their medical, emotional and psychological needs.

Clearview provides innovative therapy, including individual, group and family counseling. We also provide specialized help for students dealing with drug addictions and/or abandonment issues. The goal is to uncover the psychological factors contributing to the student’s unhealthy behavioral choices. The student will then learn therapeutic tools that will assist her for the rest of her life to be a healthy woman.

The clinical staff both on and off campus is made up of psychiatric specialists, primary care physicians, a dentist, an orthodontist, licensed psychotherapists, as well as teachers, mentors & residential care staff.

For more information on how Clearview Horizon helps teen girls affected by marijuana use, call (406) 847-5850 or visit the website: www.clearviewhorizon.com